The best innovations are born from necessity

A necessary change to help employers and employees to  Catilize Health 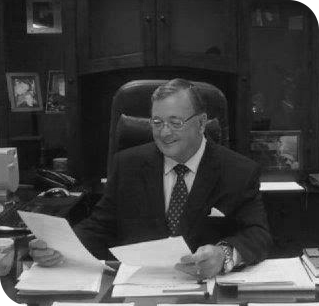 Some history of US health insurance

Insurance companies all used to participate in Health Insurance Association America (HIAA). HIAA has come and gone since it merged in 2004 and became America’s Health Insurance Plans (AHIP). I bring this up is because in 1978 the association was getting ready to change §105(h) of the Internal Revenue Code.

Prior to 1978, §105(h) didn’t exist and self-insurance was rare. Most programs were fully insured due to the 1974 Employee Retirement Income Security Act (ERISA) coupled with the fact that there were no reinsurance carriers.

The ability to write self-insured programs therefore was limited as they only served very large corporations that could afford to take the entire risk as there weren’t any excess loss carriers available.

It was commonplace back then for employer plans to have a $500.00 deductible, which was considered a real big deductible. The large deductible was for the rank and file, with the
employer establishing a medical expense reimbursement program as sanctioned by §105(h) of the Internal Revenue Code for the officers and managers of the corporation. If you look at §105(h) of the Internal Revenue Code, you’ll find the words Medical Expense Reimbursement Plan, (MERP).

MERP, discrimination and me

As a Mass Mutual’s representative to HIAA, I would make the trip down to Washington D.C. to attend the Senate subcommittees during which time they discussed establishing a discrimination test for MERPs. The insurance companies stepped in and said, “Whoa, whoa, wait a minute.” They were making the point that insurance companies medically underwrite – they don’t discriminate – and that only employers discriminate. So if a law should pass establishing a discrimination test, the insurers wanted to make sure it was only for self-insured medical expense reimbursement programs, because, as they claimed, fully insured medical expense reimbursement programs are medically underwritten therefore a discrimination test was unnecessary. Hmmm really?

All right. All right. Even to this very day, if you take a look at §105(h), it hasn’t really changed with Obamacare as no new regulations have yet come out; the Affordable Care Act (ACA) still follows the old statutes. The reality is §105(h) says if the MERP is self-insured you have to pass these discrimination tests, but if it’s fully insured there are no requirements for any discrimination tests. This was my first exposure to §105(h) MERPs.

From ‘78 to ‘84, I then became aware of a case called the JCPenney decision. JCPenney had a head of household rule, which simply said that if your spouse makes an income greater than you he/she is no longer eligible for coverage on your plan. The US Equal Employment Opportunity Commission (EEOC) challenged this decision in both the Third Circuit Court and Sixth Circuit Court. JCPenney successfully argued that as a corporation it has limited dollars and limited funds to spend for its rank and file and therefore this approach was the best way for the company to expose medical coverage to the maximum number of employees that they could by initiating this rule.

The Third Circuit Court and the Sixth Circuit Court of Appeals upheld the fact that an employer could set its definition of eligibility, which became known in the industry as the “head of household rule.” By now it’s 1986-87. In 1984 it was challenged; in ‘86 or ‘87 the ruling was maintained throughout all the courts, until it was eventually brought before the U.S. Supreme Court, which refused to hear the case. This means it’s now still the law. It’s also interesting to note that EEOC challenged the rule on the basis of sexual discrimination as JCPenney’s employees were 85 percent female. JCPenney won the case, and the EEOC lost.

Combining MERP with the JCPenney rule

To which I said, “Well, we could always initiate the JCPenney rule.”

My client asked, “What’s the JCPenney rule?” I told him about the rule, and then visited all the plants to explain to the women that their husbands were no longer eligible for coverage. There were a lot of tears and ranting, to say the least: “My husband’s program sucks.” “My husband’s program contributions are beyond belief. They’re through the roof.” You know, every horror show you could imagine was conveyed to me, so I went back to my client and said, “There is no amount of money you could pay me to go to all of your employees again and tell them this story. You’re going to have to get somebody else.”

Two months later I woke up at 2:00 a.m. and couldn’t go to sleep for three days. Then I came to the realization that if I were to combine the MERP with the definition in the JCPenney rule, I could eliminate all the pain and suffering that the women were going through and experiencing because of the way in which the MERP was supplementing the movement of them enrolling elsewhere. We introduced our first integrated MERP, which paid all the deductibles, copays and coinsurance for any currently insured members who joined the spouses’ plans. My client realized almost a 40% cost reduction with the creation of the J&K MERP.

It may have taken 20 years to fully develop into its completed form offered by Catilize Health, but the positive effect it has had gives me overwhelming gratification to have solved such an important problem for employers and employees alike.

Stay informed by unlocking short, to-the-point articles on how to get the most from your healthcare.